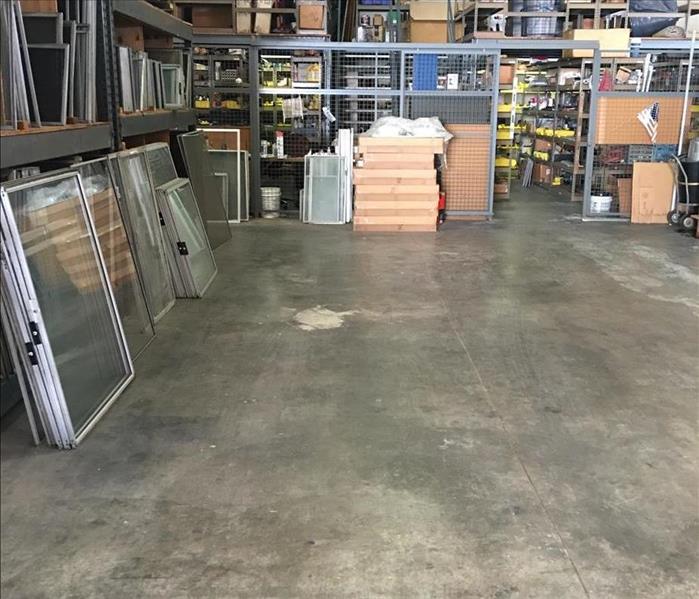 A business owner in Santa Fe Springs found his entire office to have been flooded early Monday morning. Without hesitation, he gave SERVPRO of Whittier a call. Our crew had to act fast! As soon as he got the call our Production Manager, Javier Sanchez, immediately responded. He knew that a flood of that magnitude would be detrimental to their property if it was not removed properly and immediately. He gathered up his team and rushed out to the loss site. Upon arrival they found that the Subsidized Housing Corp’s office had been flooded by a neighboring business’s failed irrigation system. Javier and his crew began the extraction process right away in an effort to preserve the structure and eliminate the risks associated with contaminates found in standing water! The SERVPRO of Whittier team was able to successfully extract all of the water affecting the building within hours of the call for help! The office was dried entirely within the same day and without the removal of any of the flooring or walls.  The owner was so pleased with how quickly and efficiently we dried his office. He was thrilled to be able to get on with his day and not have any damage to the structure or health risks to worry about thanks to SERVPRO of Whittier.