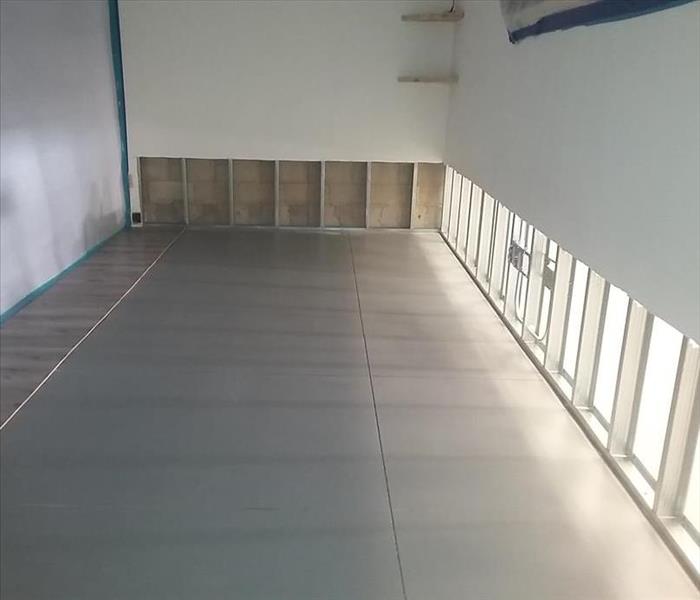 SERVPRO of Whittier received a call from the owner of a yoga studio in the city of Covina regarding one of our free water inspections for her property that she believed to have water damage. We immediately responded to the call and our Production Manager, Javier Sanchez, went right out to conduct their free inspection. After checking out the property he learned that multiple rooms had been affected by contaminated water coming from a toilet backflow in one of the bathrooms. As soon as our team got the approval from the customer’s supervisor, they rushed out to begin the emergency water services! The SERVPRO of Whittier team, equipped properly, began the dry down process! They took the necessary measures to protect the areas of the property that weren’t damaged. They then had to remove some of the drywall that had been contaminated by the sewage water. Despite having to remove the drywall, our team still managed to successfully complete the dry down process in a matter of just a few days! Our customer was very impressed with how quickly we restored her business from such a sizable amount of damage.